Matthew Goode of 'The Good Wife' -- Wait, I Know That Actor From... 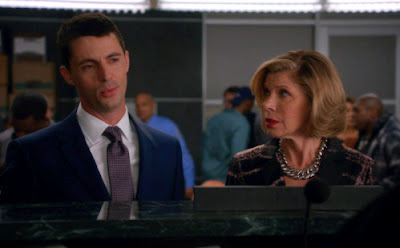 One of the best parts of "The Good Wife" is its extraordinary range of interesting, complex characters that you love to watch interact. We first met Finn Polmar, played by Matthew Goode, in THAT episode of Season 5, when he shared a bloody courtroom with Will. Out of this tragic circumstance, Finn and Alicia have formed a friendship, a warm relationship that has just the tiniest but deliciously intriguing hint of flirtation.

The interaction between these two is a joy to watch, as they playfully banter with intelligence, challenging each other whether they're on the same side or not. And no matter how tense the situation, they are always a wry smile away from laughing at the absurdity of everything around them.

Finn also has fun duking it out with Diane...


As Goode has gradually gained more screen time on "The Good Wife," you may have wondered where you'd seen this man with the hypnotically soulful eyes and impish smile before. One of his best-known roles is on the big screen, in the 2009 film "Watchmen". 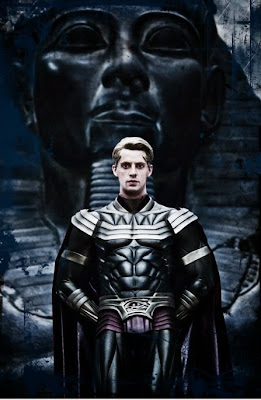 His purple-costumed Ozymandias was gorgeous, powerful, and more than a little morally ambiguous. "Watchmen" was no fluffy comic film, and Goode's performance was as mesmerizing as his molded abs. In the following vid you can hear him discuss taking on such an iconic role, and get a glimpse of the intellect, charm and humor that inform his current character on "The Good Wife":


Colin Firth was nominated for an Oscar and a Golden Globe for his role in "A Single Man," though surely it wasn't too difficult for him to appear to be so in love with Matthew Goode's delectable Jim:

Though lesser known, Goode's film "Leap Year" is an adorable romantic romp with the lovely Amy Adams that's definitely worth a watch (or rewatch). This time Goode's character has an Irish accent and gives Adams' stuck-on-the-wrong-guy Anna a really hard time, but let's just talk about how steamy the couple is--even when they're just pretending to be married:


What else do you know Matthew Goode from? You can see his whole credits list over at IMDB.