Eva Green is Everything in 'Penny Dreadful' 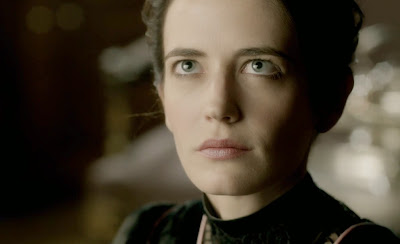 Eva Green is Everything, really. While Showtime's new horror series "Penny Dreadful" boasts a wealth of yummy casting choices, Eva as Vanessa Ives is what sucks you right in. It's easy to believe that characters, even supernatural ones, seem bewitched by her intense gaze. As she recruits the suspicious but intrigued gunslinger Ethan Chandler (Josh Hartnett) to her somewhat ambiguous cause, she is all at once lovely, creepy, vulnerable, and totally kick-ass. She displays such steely resolve, a woman on a mission, and as she sweeps into rooms in her elegant black lace gowns, we feel both awed and a little frightened of her intensity. 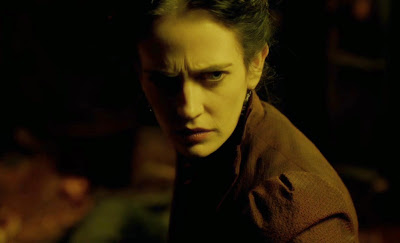 After only the pilot episode, it's a bit early to tell how well "Penny Dreadful" will hold up as it progresses, but it's a captivating start. Be warned, it's plenty violent, like a cross between a Tarantino film and those bright red, graphically violent Medieval paintings I'm always strangely drawn to at the Art Institute in Chicago. On Ethan's first mission as hired gun, he follows Vanessa and Sir Malcolm (Timothy Dalton) into the shadowy parts of town, to the grisly, body-part-strewn lair of frightening beasts that suck the blood out of their victims and turn them into monsters. But oh, there's so much more to it than a garden variety vampire tale.

Much of the series is set up to play on the darkness within; each of the characters has something to hide, and in Vanessa's case, perhaps some otherworldly power to control. She even sees "hidden depths" in Ethan, which you might think is asking a lot of Hartnett, unless you'd seen him in "Lucky Number Slevin 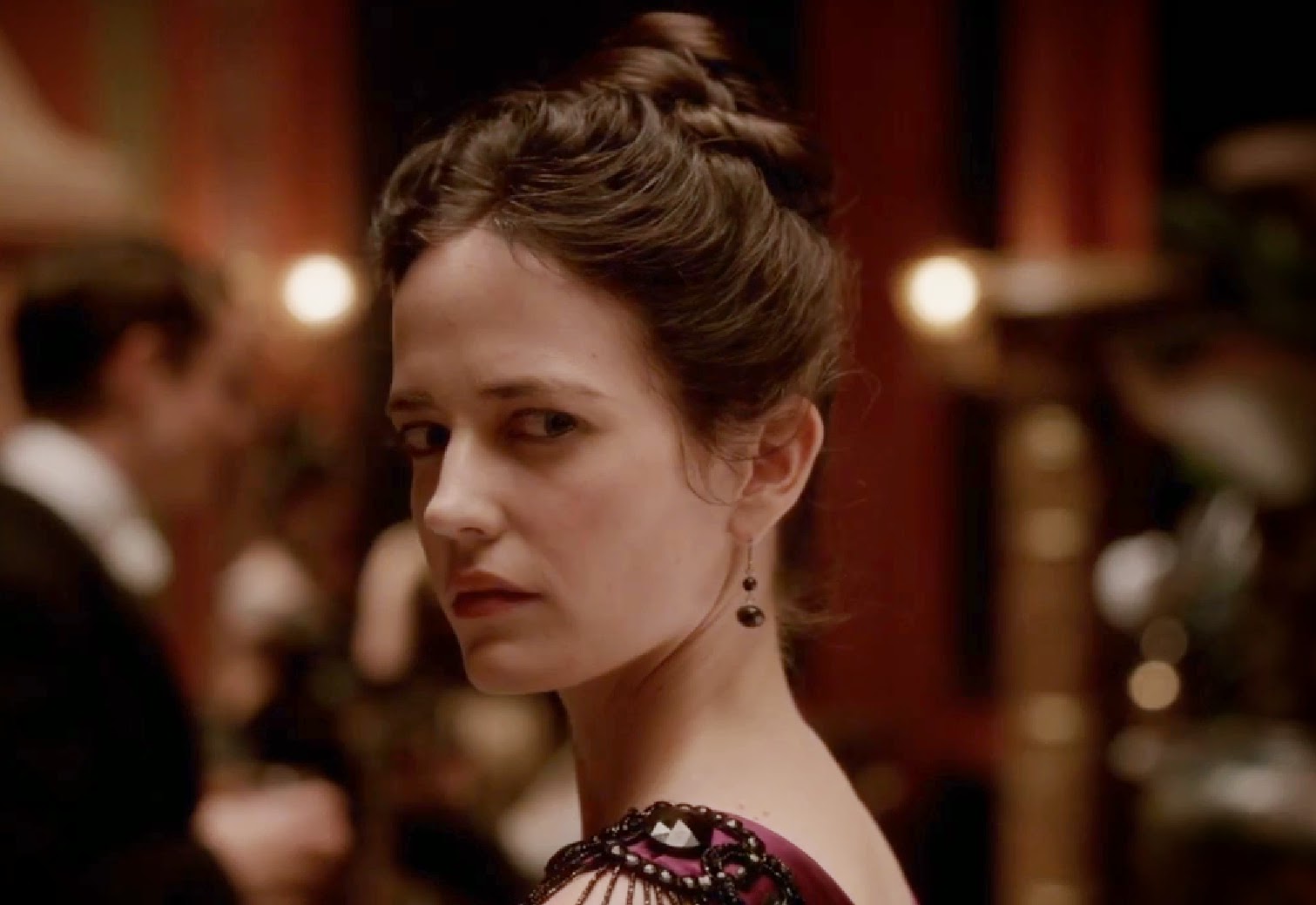 With the addition of Dr. Frankenstein (Harry Treadaway), and next week, Dorian Gray (Reeve Carney, aka Broadway Spiderman), "Penny Dreadful" promises to be a tasty little adventure. I am looking forward to how the series unravels mysteries and creates new ones, and digs painfully deep into its characters.

And as ever, there is beautiful Eva, with her hypnotic eyes and challenging smirk and the seductive cadence of her voice. I count on her to carry me through the blood-stained floors and hellish walls full of spiders and the dangerous dark recesses of men's souls...and soulless monsters.

Tune in to "Penny Dreadful" on Showtime, Sundays at 10/9c.

Worship at the altar of Eva, you won't regret it:

PHOTOS: "Penny Dreadful" screencaps, 2014, Showtime, fair use.
Posted by Valerie David at 4:20 AM