'Star-Crossed'--Pretty Weak But Oh So Pretty

Other than the obvious "Romeo and Juliet" comparison, the CW premiere of "Star-Crossed" felt like a mix of "Gossip Girl," "Defiance," and "Twilight." Or something like that. The pilot episode had its finer moments, but it can be tough to get over some of the irritatingly unbelievable ones.

Take, for instance, the opening of the episode. A giant alien ship has crash-landed in Louisiana, there are flames everywhere and an intense battle breaks out when a human soldier fires on an unarmed, surrendering alien. Am I naive in thinking that we wouldn't actually kill in cold blood a human-looking dude with his hands raised in surrender?

An argument can be made for our inherent ruthlessness, but skip over to the home of little Emery, whose parents are concerned/terrified over the looming danger of an alien attack. Their response to this crisis is to tell the apparently ill 7-year-old to "take your pills" and then they promptly turn their backs and forget all about her. This way she can sneak off to the shed, in the dark, when she sees the door swinging open. So far, the human race is violent and really bad at parenting. Go Team Alien!

Little Emery finds Little Roman hiding out in the shed, gets him a blanket and feeds him some canned spaghetti. Then soldiers break in and, in attempting to protect Emery, the alien boy gets shot and killed. The rest of the crash-landed interlopers get rounded up and put in an internment camp, until 10 years later a new "integration" program puts seven aliens into the local human school. Lo and behold, Roman's not dead after all, he's all grown-up and totally hot and making doe eyes at Emery. 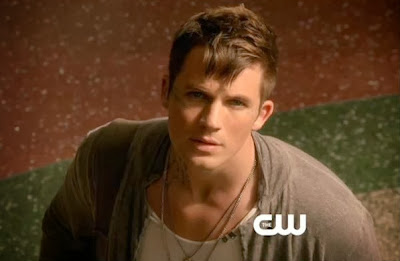 This is where my "favorite" TV high school phenomenon kicks in. There are only two decent people in the entire place, and the hundreds--perhaps thousands--of others, are total assholes or asshole-supporters. "Star-crossed" takes it to the adults as well, who are taking on a risky endeavor in the name of future peace and harmony, and yet only one guy seems to actually be interested in it. Because people who have no interest in a cause are always the ones who totally get it done, right?

The seven kids chosen are the least enthusiastic of all, and are dressed like a punky boy band and their gothy groupies. Because if your future freedom and liberty depends on a handful of kids, you definitely want to pick the ones that will do their best to screw things up. Hopefully you are sensing my sarcasm at this point.

Fights ensue, sides are chosen, and all plot lines and relationships go from zero to sixty in a single episode. We learn that Roman has super vampire hearing, and possibly has two hearts like Doctor Who. We also see him jam some super alien herb into his veins, which then glow all blue, and then his blood becomes a healing serum that cures Emery's terminally ill friend. Which admittedly was the coolest part of the premiere, and I'm hoping they didn't show their hand all at once, because it would be nice if the aliens had a few more spooky powers we don't know about yet.

The late Roger Ebert sometimes would concede that while he might find a particular movie awful, he was perhaps not the intended audience, and that intended audience might find it perfectly enjoyable. Such is the case with "Star-Crossed," which like many CW shows, could be right up the alley of their teenage audience.

After all, as I scoffed that Roman and Emery were about to kiss after spending a total of about 20 minutes together, I remembered one of my own teenage kisses: I made out with an older guy I had just met at a Halloween party...a guy who was dressed as a mouse. I suddenly realized I could not really judge Emery for wanting to snog a gorgeous guy who once threw himself in front of a laser bullet for her, and who has really cool neck tattoos.

So decide for yourselves on "Star-Crossed." You can watch the full first episode here, just click the pic below: 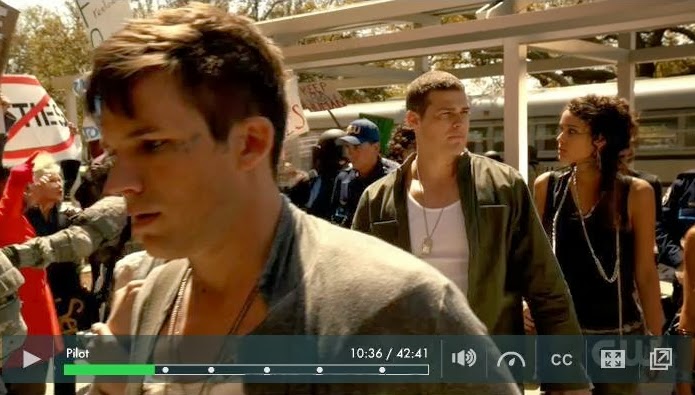 Future episodes of "Star-Crossed" will air on MONDAYS on The CW, 8/7c.