What Do You Mean, 'Smash' Is Canceled? 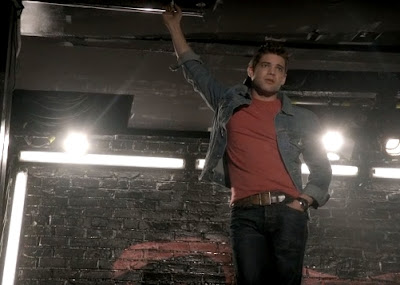 I confess, I am not a diehard ratings watcher. I find shows I like, and watch them until I lose interest--or more likely, they get canceled. So it was with some surprise that I learned "Smash," once so apparently promising, is set up for the chopping block.

It's not official, yet, but beginning on April 6, NBC will start airing the musical drama on Saturdays at 9/8c. Supposedly the remainder of Season 2 will run in that timeslot, and unless there's some kind of miraculous ratings jump, the season finale will probably be the series finale.

This is especially depressing since "Smash" has made a valiant effort to right some of the wrongs from early in the series, like the disastrous Julia-as-adoptive-mother storyline I lamented last year. I wasn't sure at first about the addition of angry-young-singer-songwriter Jimmy (Jeremy Jordan), but he's been a welcome, passionate presence on the show. He and Karen (Katharine McPhee) also have fantastic musical chemistry.

Watching Ivy (Megan Hilty) move on from Bombshell has also been a necessary step forward, instead of her hanging around in the wings feeling sorry for herself. You can see the wheels grinding a bit with the set-up of a possible Ivy/Karen switch once again in the Broadway show's lead role, but that doesn't mean it's still not fun to watch.

Considering how many cop shows are on now, and an upcoming slate of serial killer dramas, it's been nice to have something on that's compelling but doesn't give you nightmares. We still have soapy musical drama "Nashville," but who knows how long that will last.

The one good piece of news about the inevitable cancellation of "Smash" is that it will end properly. Showrunner Josh Safran promises that the Season 2 finale ties up plot lines and doesn't have any cliffhanger elements. So at least there'll be a sense of closure.

What do you think, TV fans? Do you love or hate the show? Will you miss it if it's canceled?