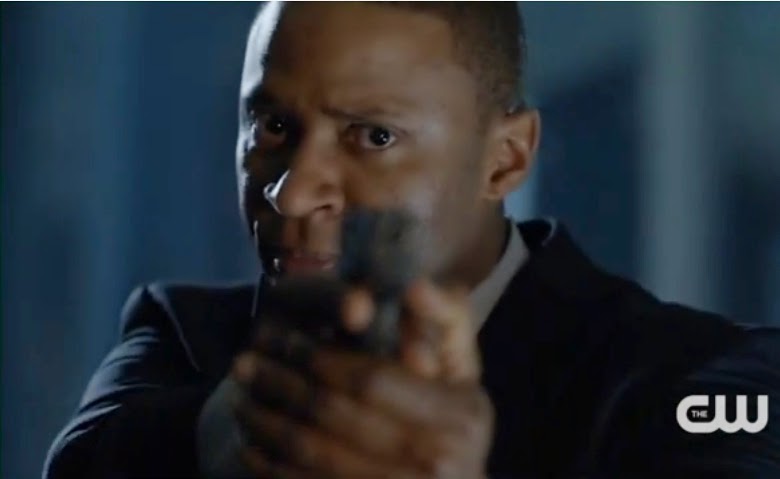 In "Arrow" episode "Trust, but Verify," Oliver faces trust issues in both his family life and secret life. Twice he gets caught between a rock and a hard place; in a rift between his mother and sister; and between Diggle and one of the names on the list.

Thea is still curious about their mother's quick recovery from concerns over Walter's whereabouts. After witnessing a few furtive phone calls and doing some spying around corners, Thea comes to the erroneous conclusion that Moira is having an affair with Malcolm Merlyn. She also suspects this is something that went on while her father was still alive and led to arguments between her parents.

Oliver tries to reassure her, but Thea is adamant that her brother has blinders on to their lying, cheating mother. He finally questions his mother himself. She tells him that Malcolm is someone she goes to for business advice, and that Oliver's father actually cheated on her numerous times, which is why they argued. Oliver lets it go, but her manner is so suspicious he's starting to see Thea's side of things. 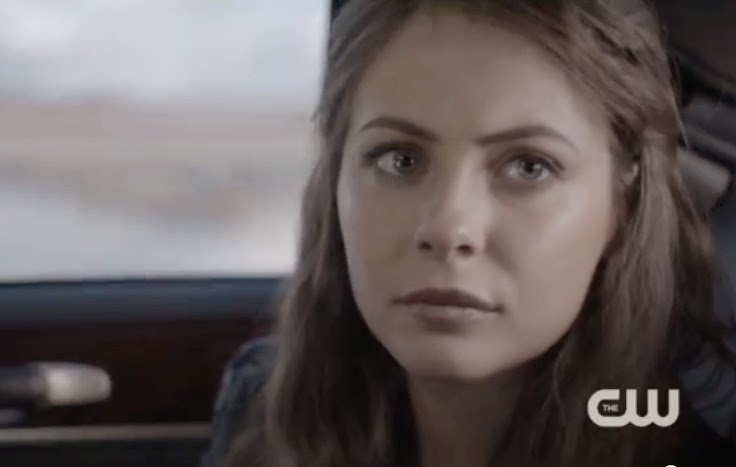 It turns out Malcolm is busy this week. He finally agrees to show Moira proof of Walter's life, in exchange for her "convincing" a friend to not attempt development in The Glades. In between manipulative meetings with her, he phones Tommy and extends an olive branch. Tommy reluctantly agrees to bring Laurel along for a family dinner. It all seems pleasant enough until Malcolm tries to get Tommy to sign off on closing down his deceased mother's free clinic, in an effort to "move on."

We learn that Tommy's mother was murdered when he was 8, possibly because of her work at the clinic. Afterward, Malcolm completely shut his son out for two years, and it seems this may be why and when Malcolm became the Dark Archer. Tommy leaves the dinner in disgust, convinced his father has never cared about him without some agenda involved. Laurel gets the impression that Malcolm thinks he's protecting Tommy from getting beaten down by the harsh cruelties of the world.

Meanwhile, Oliver investigates a string of deadly armored car robberies and traces the clues to a name on the list: Ted Gaynor. Diggle is stunned and refuses to believe that his commander in Afghanistan, who once saved his life, could be a criminal. He's so adamant that he interrupts Arrow's visit to Gaynor at his security firm and forces the hooded hero to flee. Oliver still manages to steal a storage disk from the office, and Felicity's hacking skills reveal the plans for robbing additional armored cars. 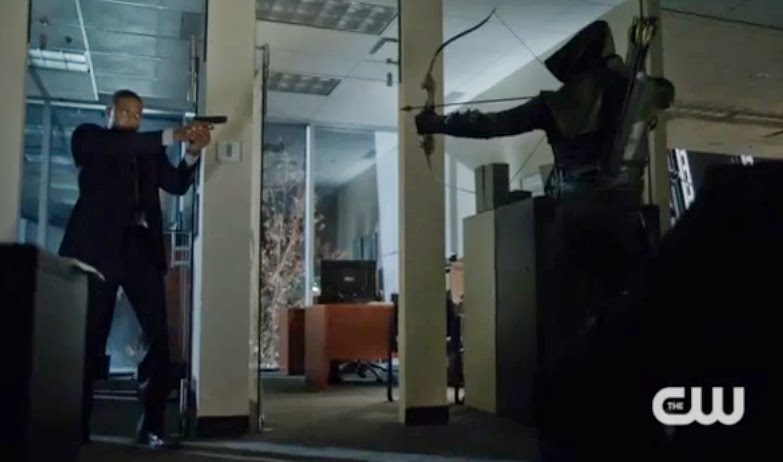 Oliver is furious with Digg, who has gotten a job at the security firm and demands he get the chance to prove Gaynor is innocent. He thinks another former soldier is at fault, but he learns the hard truth when he starts looking for evidence at the security firm. Caught snooping around, Digg is forced to accept that Gaynor is on some greedy mission to recapture the power he had as a soldier. They've kidnapped Digg's sister-in-law, Carly, forcing him to do one last job with them in return for her safety.

Luckily Oliver planted a listening device on Digg and shows up in time to see him thwart the robbery. Digg protects Carly, and Arrow's there to launch an arrow into Gaynor when Digg hesitates over killing his former friend. Digg reveals that he knew Oliver was tracking him, and that it's obvious he doesn't trust him. Oliver says he trusted him but not the guys he was with. Oliver later confesses to Digg that because of his time on the island, he has a hard time trusting anyone, but he'll try to do better.

This leads us to this week's flashback, where Oliver dons the black balaclava of his first victim and tries to infiltrate the camp where his mentor Yao Fei was taken. He ends up in a jeep with Fyers, who is suspicious about this soldier's recent arrival on the island. As he gets a tour of the prison cells, Oliver thinks he's doing OK, but soon he's been knocked to the ground and unmasked. Fyers tells him that he has put his trust in the wrong place and reveals that the masked man next to him is none other than Yao Fei.

Back in the present, Thea sees Moira once again with Malcolm at her birthday, and it reinforces her suspicions. Distraught, she takes some "Vertigo" that her friends brought her and drives her new convertible...right off the road. At the hospital, she refuses to speak to her mother. She's eventually treated and released, but she can't go home. Her blood work has come back, and in front of a shocked and disappointed Oliver, she's arrested for driving under the influence.

Catch up on all the recaps here!