Is Sigourney Weaver the Weak Link in 'Political Animals'? 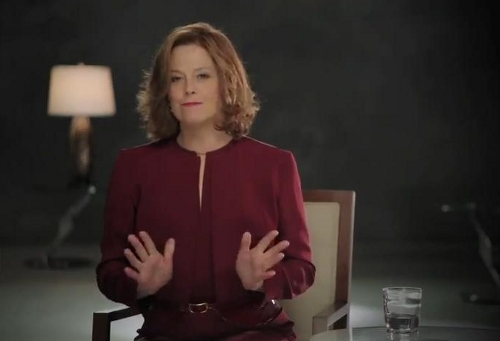 The pilot episode of "Political Animals" was pretty bad, made all the more disappointing by the wonderful cast mired in that awfulness. Based pretty strongly on the Clintons as far as framework is concerned--failed presidential bid by former wife of philandering president leads to job as Secretary of State--the show pushed forth an odd mix of weighty dialogue, blunt humor, and in-your-face sex scenes.

Sigourney Weaver, as "bitchy" politician turned America's sweetheart Elaine Barrish, sadly came off the worst in the pilot. As she traded barbs with her ex (Ciaran Hinds) and a critical reporter (Carla Gugino), and laid down words of wisdom to her sons (James Wolk and Sebastian Stan), it felt like an overwrought performance in community theater. I love Weaver and have tremendous respect for her as an actress, so it was very hard to accept as the hour wore on that I was finding her performance the weakest on "Political Animals."

To be fair, the writing has to shoulder some of the blame. There's too much of an effort to be slick, ballsy, and smarter than everyone in the room. The same could be said of someone like Aaron Sorkin, but the difference is that he pulls it off with rapid-fire, clever dialogue. "Political Animals" just comes off as cliche, and perhaps due to the "limited series" constraints, tries to load in too many issues-of-the-week like "woman in man's world" and "gay son thrust into spotlight." Then there's sibling rivalry and an alcoholic mother (Ellen Burstyn). One son has a bulimic fiancee, the other a drug problem.

Stan played the troubled, rebellious gay son to heartbreaking perfection in the short-lived series "Kings," but despite the striking similarity in roles, he seems merely reduced to a succession of bad choices here. At no point in "Political Animals" do you get the sense that anyone is an actual person. It's just a series of fiction tropes paraded on screen. 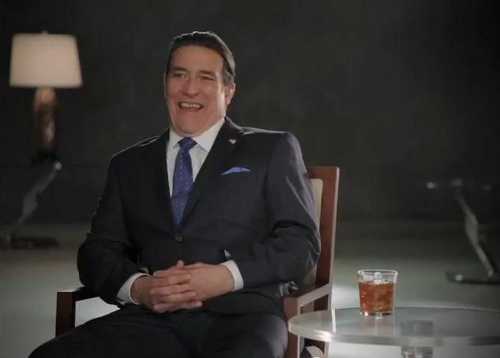 The show has two female lead characters and a cast with an excellent pedigree, and a few lines of humor actually hit the mark, so I tuned in again for the episode "Second Time Around." As I watched this episode, I started to realize that this is a series on USA, a network that prides itself on taking serious topics and lightening them up with humor and silliness. The tone of the show, including Hinds' scenery chewing caricature of Bill Clinton's easy charm and bravado, started to make a little more sense.

Once I let go of my expectations of a serious drama, and accepted scenes like the dorky "Words with Friends" competition between the former president and Gugino's cynical journalist, "Political Animals" became more enjoyable. The one-liners and insults landed better in "Second Time Around," and we viewers started to get a better feel for Barrish and her ex-husband's relationship.

Weaver got a better handle on her character and relaxed into her flirtations and political machinations more. But thinking back on her roles in films like "Working Girl" and "Ghostbusters," she's never been a natural at comedy. "Political Animals" isn't quite a comedy, which makes it even tougher. You feel a certain lack of conviction when she announces these "tough political lady" speeches in a melodramatic hands-on-hips pose. Gugino's more sly, understated delivery is better-suited to the wink-wink vibe this show seems to be going for.

After its second episode, "Political Animals" ends up being a decent bit of Sunday evening fluff, but it's sadly not yet what I would have hoped for from a story so rich with possibilities. I'm guessing Weaver and Hinds wouldn't have signed up for a long-terms series, but it's a shame because the material might have been stronger if these plot lines had been allowed a more natural timeline to develop. Following the same story from the point of view of the political figures involved as well as through the eyes of a journalist is an intriguing prospect, and could have filled up at least a few seasons worth of episodes.

Have you been watching "Political Animals"? What do you think about the series?