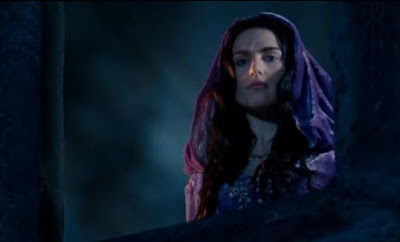 We continue with screencaps for Merlin, season three, episode one: "The Tears of Uther Pendragon." We left off with Morgana (Katie McGrath), showing her evil side. Now she skulks off into the dark night, draped in a luxurious cloak. Once again Merlin excels at visuals, with the beauty of the cloak against the dark, dampness of the night...

And who is Morgana off to meet? The sorceress Morgause (Emilia Fox), of course. 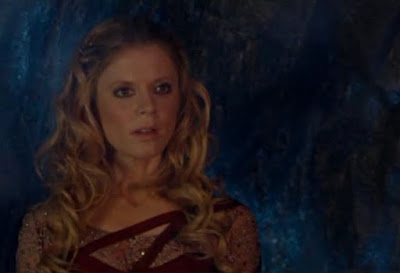 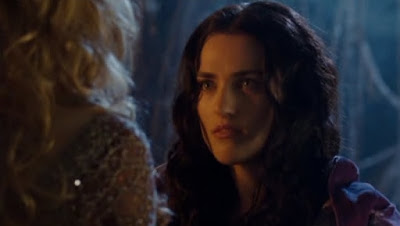 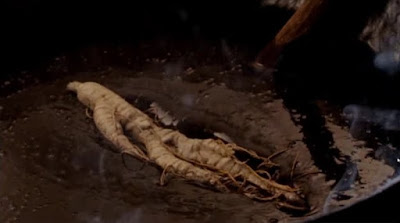 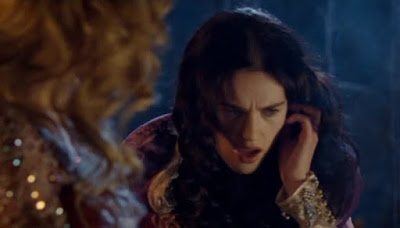 The evil goopy root is placed under Uther's bed to help drive him mad... 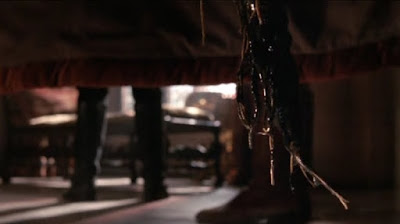 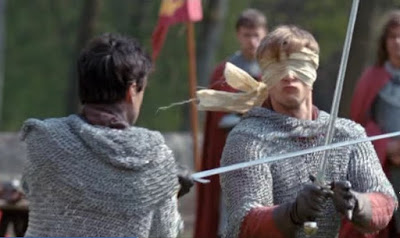 As usual, the prince makes fun of Merlin's lack of fighting, not knowing that Merlin has saved his arse a million times already. 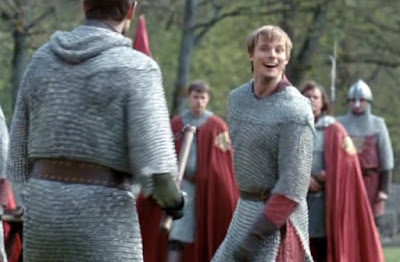 Laugh while you can, Arthur. It's not wise to taunt a warlock.

Oof. Sword gone, opponent gets you right in the stomach. 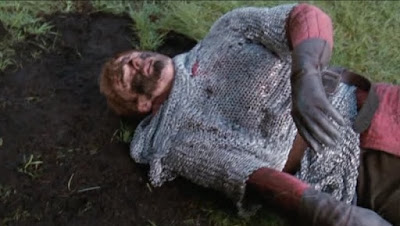 All is right in the universe. 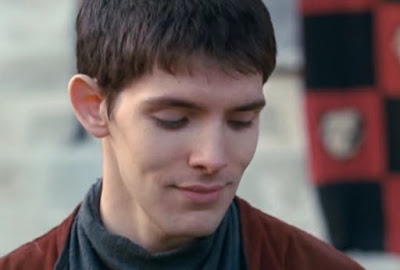 At a feast celebrating Morgana's return, everyone his happy and drunk...especially Uther (Anthony Head.)

But of course we know Morgana's just going through the motions.

And there it is, the wicked scheming look: 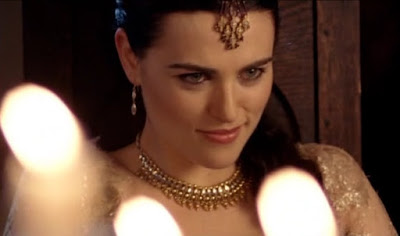 Uther takes a little stroll to walk off some of his drunkenness, but suddenly his merriment turns to terror...

as he sees his late wife in the well... 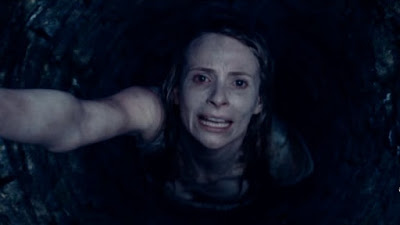 Uther breaks down in the courtyard, and the guards bring him inside, where Gaius (Richard Wilson), Morgana, and Arthur fuss over him. 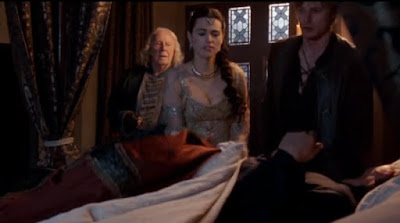 Arthur wants Gaius to tell him what's wrong with his father...

Gaius confesses that Uther was talking about seeing Arthur's mother...in the well. Arthur is disturbed, and fears the people will get wind of his father's condition and all hell will break loose.

Gaius assures him that the people will merely think the king had been will and he's better now. Neither Merlin nor Arthur look all the convinced.

Morgana touches base with Morgause, and they rejoice over their plan to drive Uther mad and weaken the kingdom. Morgause brags about her hold over Cenred, who will help them with their plan to overthrow Camelot.

There's some more cackling, and then Morgana tries to sneak her way back into the castle. But a guard sees the evil dripping mandrake root and thinks she's bleeding... 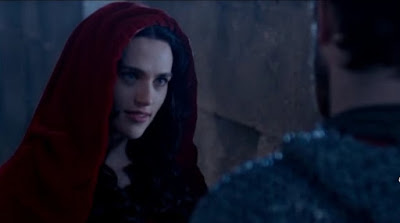 And so she kills him. Morgana is officially Evil.

Morgana quickly hides the mandrake in her room, but almost gets caught in her muddy cloak by Gwen (Angel Coulby)--whom she sends away brusquely. 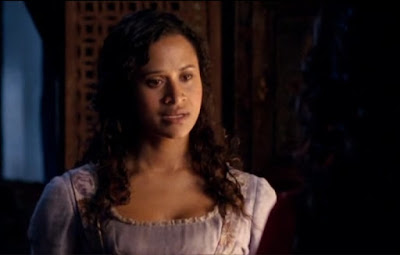 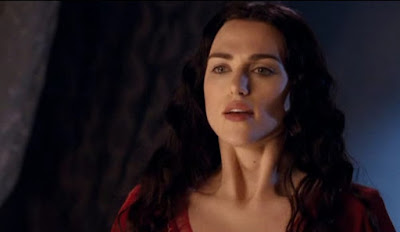 Crisis averted. Now she can cackle away in her room, plotting the next step...