How 5 Actors Deal with Dyslexia 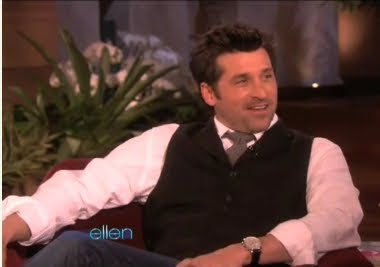 What do a dreamy doctor, sci-fi hero, toy octopus, and two sexy pirates have in common? They're played by actors who haven't let dyslexia get in the way of their success. You may be startled to find out your favorite stars have struggled with school, had trouble reading scripts, and floundered through auditions. What's amazing is how they've worked around these difficulties and been successful both creatively and financially.

As you can see from the pic above, one of those successful actors is none other than Grey's Anatomy hottie Patrick Dempsey, aka Dr. McDreamy. You can read about his life experiences as well as four other major stars in How 5 Actors Deal with Dyslexia. Each actor offers their own unique perspective and wisdom on dealing with a disability that may affect up to 20% of school kids.