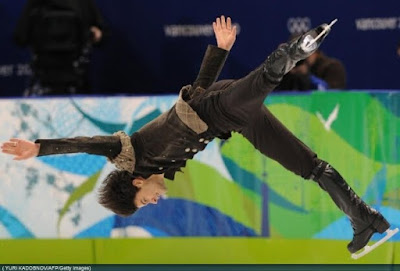 Last night we had a real treat at the Olympics -- some actual artistic performances during the men's figure skating short program. The American favorite, 6'2 tower of powerful elegance Evan Lysacek, skated an excellent program that was all long, graceful limbs and seemingly effortless jumps. He landed in 2nd place, a mere half point behind the first place Russian Plushenko.

Click the pic to see the full video of Evan's short program: 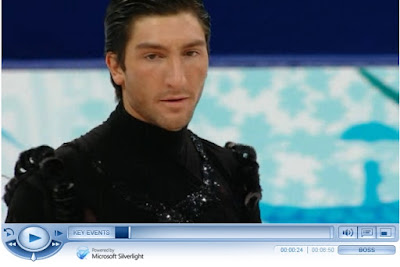 One of the things I hate about Olympic figure skating is that the favorites are chosen well ahead of time, and barring big mistakes, the scoring usually reflects that previous bias. Not considered a contender from the start, controversial and adorably quirky American Olympic skater Johnny Weir nonetheless put on a beautiful and classical performance that should have been scored better than it was.

Click the pic to see the full video of Johnny's short program: 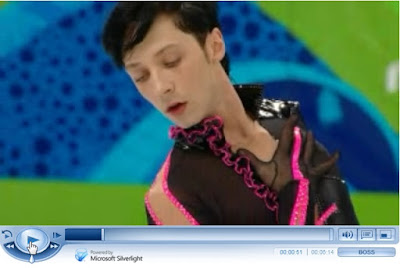 My personal favorite of the night was Swiss Olympic skater Stephane Lambiel. Ditching series of jumps in favor of jaw-dropping spin combinations and actual ballet-like artistry, Lambiel was exciting, inspiring, and just plain gorgeous. An unfortunate bobble on one of the required jumps sadly knocked his scores down, scores that had been built up with high marks for his trademark spinning and choreography. I can't yet find video of Lambiel's awesome short program, but here is a video of a 2009 performance that will give you an idea of the beauty and skill of Lambiel:

Last, but not least, we have American Olympic figure skater Jeremy Abbot. Abbot lost confidence and did less turns on his jumps, which cost him too many points to keep him in any kind of medal contention. Despite this, however, I thought he performed a really nice program, with elegant choreograhy, and it's a shame the judges put so much on the jumps.

Click the pic to see full video of Jeremy Abbott in the Olympic short program: 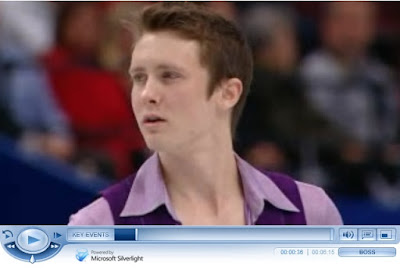