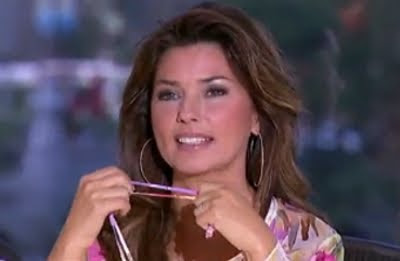 There were one or two bright spots in the dismal Chicago American Idol auditions tonight, and one of them was during Northbrook honey John Park's segment. Guest judge Shania Twain, who up until this moment had been calm, professional, and respectful, went all googly-eyed over the handsome Asian crooner.

Watch the vid for yourself to see Park's excellent American Idol performance, and hear what Shania has to say about his "bottom end". You go, girl!

For more on the largely disastrous night, you can read my full American Idol Auditions -- Chicago Recap over at AC. Don't forget to bookmark my previous post to keep up with all of my American Idol recaps.

Watch American Idol on Fox, every Tuesday and Wednesday night at 8/7c.