Give Three Rivers a Chance 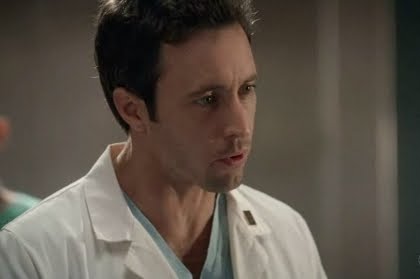 Wow. Three Rivers, the CBS medical drama starring Alex O'Loughlin and Alfre Woodard was truly excellent tonight. The episode, "Code Green", centered on a bus crash involving high school football players. Three Rivers actually began with an entire scene devoted to the team, the dynamics between a few players and a nerdy assistant "wannabe". I was impressed because the scene wasn't just some quick random sketching of characters. They actually gave the nerdy kid a great sardonic wit, and captured perfectly that stupid high school crap we all went through.

Three Rivers combines the action and suspense of the high pressure environment of the ER and transplant units with the rollercoaster of human emotion and drama. While it's got plenty of realistic surgery shots, it doesn't focus on the gore or just the big life/death situations. In "Code Green" we also see the struggle of deciding whether to keep a permanently damaged leg or replace it with a fake one, and we learn why you should never break protocol and tell the family a heart is on the way before you're certain that it is. 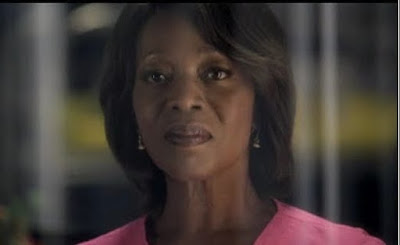 One thing that's happened a lot this TV season is that I see talented actors in a show and wish that they were back in their previous canceled series. I confess that when I saw the pilot of Three Rivers, I thought it was respectable enough, but wished O'Loughlin were back in Moonlight, and Woodard back in My Own Worst Enemy. While I still miss both those programs, after tonight I feel Three Rivers has a lot more going for it than I originally expected. 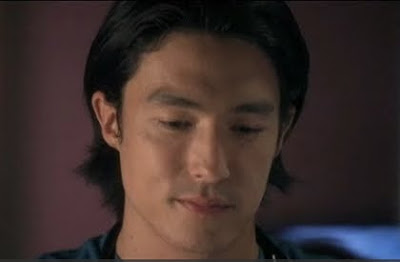 O'Loughlin, as Dr. Andy Yablonski, offers a nice center for Three Rivers to revolve around. He's steady, capable, caring, and very human. Woodard's Dr. Sophia Jordan has a little harder edge to her, and there was an excellent scene with her and Dr. Lee (X-Men: Wolverine's Daniel Henney) in "Code Green", where she tells him the cold hard truth about what factors into life and death in the ER:

Three Rivers aims to be realistic, and thoughtful, but it also harkens back to old school doctor shows where you admired the docs and cared about the patients and a lot of times things work out well. With all the bloody horror and bad news on TV (both in TV dramas and on the real life news), it'd be nice to have something that tries to see some good in all the bad.

The main cast and guest stars on Three Rivers have been excellent. I really like Katherine Moennig (The L Word) as Dr. Miranda Foster. I'm sick of all the empty-eyed hair-flipping Barbie doctors on medical shows, and it's refreshing to see a no-nonsense, intelligent, and interesting female instead. Foster is good at her job, but sometimes has difficulty with the social skills required to deal with the tricky emotional situations that occur. What Moennig does so well is show what's inside--that Foster probably cares more than anyone about her patients, even if she doesn't always know the right thing to say.

Recent articles have been somewhat grim on the fate of Three Rivers. The ratings haven't been stellar, which could be due to a number of factors--too many doctor shows, the flawed pilot, or the ridiculously annoying way the shows get backed up due to the preceding football game overrunning its alotted time.

There haven't been any murmurs from CBS about cancellation, luckily, so here's hoping that by the end of the 13 episode initial run, Three Rivers will have found an audience. If tonight's episode "Code Green" was any indication, Three Rivers deserves it.