HawthoRNe in, Saving Grace Out 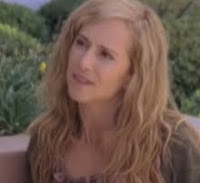 I would say TNT has made a very odd decision regarding which of these female-led shows to keep, but it appears FOX made the decision for them. The Hollywood Reporter notes that FOX Studios decided that the Holly Hunter drama Saving Grace was just too expensive to make, so after this season ends in Summer 2010, it's canceled.

Saving Grace was never really my cup of tea, and I always found it a bit ludicrous to have the 75-lb. Hunter punching out suspects that were three or four times her size. Aside from that, I did think it was over all a quality-made show with good acting and an interesting premise.

Not so with HawthoRNe. I really tried to like the new Jada Pinkett Smith nursing drama, with its cast of likable quirky characters, but it's just too too much. Smith's Nurse Hawthorne is Miss Perfect, running from crisis to crisis, saving the day wherever she goes. All the doctors are evil, idiots, or evil idiots, but the nurses are sensible yet cynical saints who know the Truth.

I also hate to harp on small points, but it's gotten to be funny watching the previews for HawthoRNe, in which every week she has three new hairstyles. Yes, not only is Hawthorne a tireless nurse who works around the clock to save lives, but she uses what little time she has to herself to get her hair just right.

HawthoRNe has potential if it could reduce some of the nurses' smug superiority. I don't mind having an admirable nurse to watch each week, but I'd prefer it if she worked more in concert with the rest of the staff. Sure, maybe there're a few idiots or jerks to deal with, but there should be more than one decent doctor in the whole hospital.

While HawthoRNe has gotten largely negative reviews, TNT is pleased enough with its performance to order up ten new episodes for next summer. So while HawthoRNe will be celebrating its second season, Saving Grace will be running out their last.

You can catch HawthoRNe and Saving Grace on TNT, Tuesday nights beginning at 9/8c.