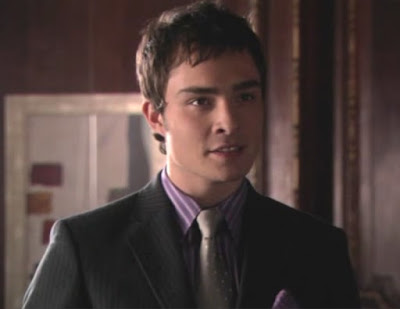 Wow. No sooner did I get roped into watching Gossip Girl than a juicy new headline appeared on TV Guide. Seems our favorite bad boy Chuck Bass (Ed Westwick) will be snogging another guy in the upcoming season of Gossip Girl. Of course, it's all about manipulation rather than attraction, but we'll have to see how the episode turns out.

Aside from kissing boys and girls on Gossip Girl, sexy Hertfordshire native Ed Westwick will be breaking hearts with upcoming film Wuthering Heights with Gemma Arterton (Quantum of Solace, RocknRolla).