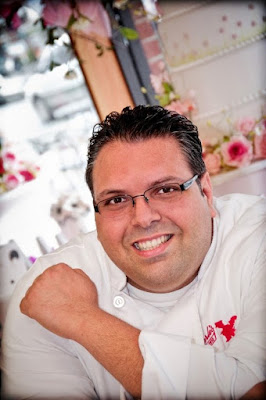 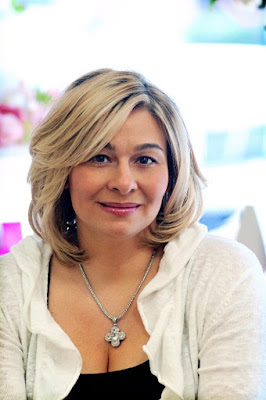 Tonight's episode of Cake Boss, "Museum, Mistakes, and Mother Mary" was jam-packed with cake-making pressure. To be part of the Cake Boss crew, you not only have to be creative and skilled, you have to be strong emotionally and physically.

This week, cousin Frankie talks to Buddy about taking on more responsibility. He wants to move ahead with cake making instead of just being as sister Mary says: "Buddy's bitch." Buddy agrees, but he's not making it easy on Frankie--the customer is Mary and the event is for her daughter.

Buddy feels it's the perfect test--a difficult customer, but if he messes up, it's still family and they won't have angered a paying client. He lets Mary know he'll help Frankie out if he needs it.

Once Frankie gets the gig, we can tell he's wondering if he made the right decision. When he decides to do scanned pictures of ballerinas, he realizes immediately that he's no artist. He gets one of the gal decorators to help him draw a ballerina that actually looks like a girl.

Aside from that, Frankie does the cake all on his own. The finished piece is a chocolate and vanilla multi-layered round cake with purple stars and ballerinas dancing around the middle, with beautiful purple flowers.

Talk about pressure. When Mary tells her young daughter that Uncle Buddy didn't make the cake, Uncle Frankie did, the little girl gets a scared and skeptical look similar to the one her mother had at the consultation. Frankie starts sweating. But then the cake is brought out and Mary's daughter is all delighted smiles, and that's all the affirmation Frankie needs. 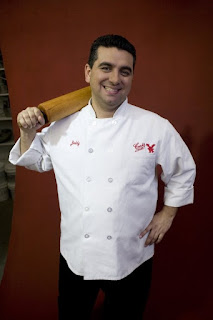 Buddy gets his good nature tested in "Museum, Mistakes, and Mother Mary", over two mishaps. The first is when he completes a sweet 16 birthday party cake and then the Cake Boss boys drop it on the way down the stairs. No part of the cake is salvaged, and there is barely time to make a new one.

Buddy allows himself a few moments of anger, but then it's on to business. He calls the entire team away from whatever they're doing, and the whole Cake Boss staff works on redoing the cake. It's a fairly elaborate cake, with a city skyline around the middle, sand and bikinis around the bottom, shopping decor at the top, and bright colors everywhere. Buddy is proud when they complete a whole new cake in a mere hour and a half.

The guest of honor, who looked scarily more like a bored Paris Hilton than a fresh-faced 16-year-old at the consultaton, thankfully squeals with teenagery delight upon seeing the cake. Buddy and the crew are relieved that the cake got done well and was still delivered on time.

Buddy and the Cake Boss crew visit the Indricotherium display at the museum to get ideas. Then it's back to the bakery to build an enormous cake that hopefully won't collapse in on itself. We the audience watch in awe as Buddy makes a wooden frame for the body and then they start spackling on icing and cake to make the giant body.

Buddy wigs out again when it turns out the cakes haven't been taken out of the freezer. They'll have to thaw before he can start putting the cake together, which wastes a lot of time. Buddy is not happy.

But the Cake Boss crew moves on, using PVC pipe and fondant to make trees, butter cream frosting for wavy green grass, and chocolate cookie crumbs for dirt. Buddy uses pound cake after pound cake to make the Indricotherium body, and then it's all layered with fondant, expertly etched to show the texture of its skin, then dusted with colored edible powder. The Cake Boss crew even adds toenails to the feet, not skimping on a single detail.

Buddy also has the girls make up a cave man to show the massive scale of the animal, though I'm thinking he's created an anachronism. The museum staff don't seem to mind as they cheer for the cake as its brought in, marveling over the massive cake sculpture that Buddy guesses weighs about 400 pounds. With four guys carrying it and nearly dropping it on the way into the truck, I don't think he was exaggerating.

Once again Buddy and the Cake Boss crew whip up creative gold and wow their delighted customers.

Watch Cake Boss on TLC on Monday nights at 10/9c. Check your local listings for encore showings and repeats.