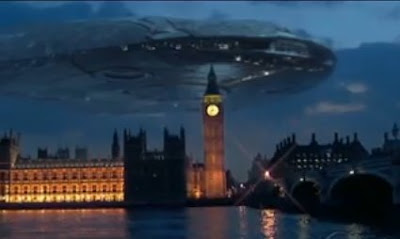 ABC has released the new trailer for the V series remake. On the plus side we've got the awesome Elizabeth Mitchell (Juliet from Lost), lovely Morena Baccarin (Firefly), and cutie Scott Wolf (The Nine, Party of Five). On the negative, we don't seem to have anyone as hot as Marc Singer or Judson Earney Scott were in the original. And Morena Baccarin is still too thin, and with a short pixie do, instead of the uber feminine, long- haired voluptuous beauty she was on Firefly.

I'll no doubt give the new remake a try. The effects look great, and Baccarin will make for an excellent evil, smooth-talking villain. For me, whether I keep watching depends on whether V will be non-stop angst each episode, or if there'll be enough action, romance, and hopefulness to keep it from being an endless downer.

V wasn't listed on ABCs fall schedule, so it looks like it will be a midseason replacement early next year.