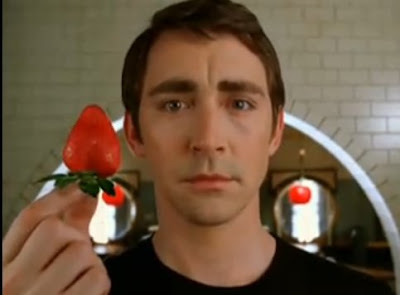 Don't forget, Pushing Daisies fans, the first of the last three episodes airs tonight on ABC, at 10/9c. Tune in for the next two Saturdays to finish up the series.

I've never watched the unique, cult fave Pushing Daisies, especially since rumors of its cancellation began almost as soon as the series did. You all will have to let me know if the last episode ends on a blood-boilingly frustrating cliffhanger, or if it's an ending I could live with if I decided to take in Pushing Daisies on DVD.

On Saturday, June 20, Eli Stone will pick up ABC's 10/9c timeslot, to air its final episodes.

Posted by Valerie David at 7:05 PM