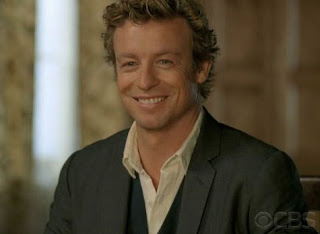 With official news of the fall schedule not arriving until next month's upfronts, all the TV sites are filled with speculation about what primetime TV shows will be renewed and which will be cancelled.

USA Today has a handy dandy grid to let you know who's in and who's out and who's on the bubble. It's not too hard to figure out that powerhouse shows like the CSI franchises, the Law & Order series, and the new powerhouse The Mentalist will be coming back. And a lot of shows with lower ratings are already officially cancelled, like Life on Mars, Crusoe, and Eli Stone (the four remaining episodes will be burned off this summer.)

What leads to speculation are all the shows in the middle, that have low ratings but great critical acclaim, or middling ratings that show potential, or just network faves that will be given another shot.

Some shows that have had questionmarks around them this season are in USA Today's renewed or as-good-as column, like Bones and Big Bang Theory. I wasn't surprised (though saddened) to see Cupid, Castle, and Better Off Ted in the "on the bubble" category, but pretty shocked to see Medium, Rules of Engagement, and The New Adventures of Old Christine. Granted, a lot of these shows that are on the bubble are all on the same freakin' night, including the lovable geek TV show Chuck. I want to know who the genius was that decided to put Chuck on against Big Bang Theory? Talk about canceling each other out! Why not put Chuck against Ghost Whisperer or any other show with a completely different target audience? Then both networks win their demo for the night.

It's still looking like Terminator: The Sarah Connor Chronicles and Dollhouse are dead. TV.com reports that Fox won't be airing Dollhouse's last episode, and there's a whole tangled explanation of why not. Honestly, I didn't care that much for Dollhouse, but it still feels like Firefly all over again. Whedon and Fox need to part ways permanently, because obviously they can't make beautiful music together.

Posted by Valerie David at 1:15 AM